India, China accuse each other of firing shots at tense border

China and India have accused each other of firing shots on their flashpoint Himalayan border, in a further escalation of military tension between the nuclear-armed Asian rivals.

The relationship between the two countries has deteriorated since a clash in the Ladakh region on June 15 in which 20 Indian troops were killed.

Experts fear the latest incident will intensify a months-long standoff between the Asian giants that erupted in late April.

New Delhi was swift to give its own account, accusing Chinese border forces of “blatantly violating agreements” and firing “a few rounds in the air” to intimidate their Indian rivals.

“It is the PLA that has been blatantly violating agreements and carrying out aggressive manoeuvres,” the Indian army said in a statement on Tuesday.

“Despite the grave provocation, (our) own troops exercised great restraint and behaved in a mature and responsible manner,” the statement said.

The countries fought a brief border war in 1962, but officially no shots have been fired in the area since 1975 when four Indian troops were killed in an ambush.

A spokesperson for the Chinese People’s Liberation Army (PLA) gave no specifics on the apparent retaliation and did not report casualties, calling on India to investigate the incident.

China’s western military command said the incursion occurred on Monday along the southern coast of Pangong Tso lake in the area known in Chinese as Shenpaoshan. On the Indian side, the area is known as Chushul where the two countries’ local military commanders have held several rounds of talks to defuse the tense standoff.

Zhang Shuili, the spokesperson for the Western Theater Command of the PLA, said India had violated agreements reached by the two countries and warned their actions could “easily cause misunderstandings and misjudgements”. 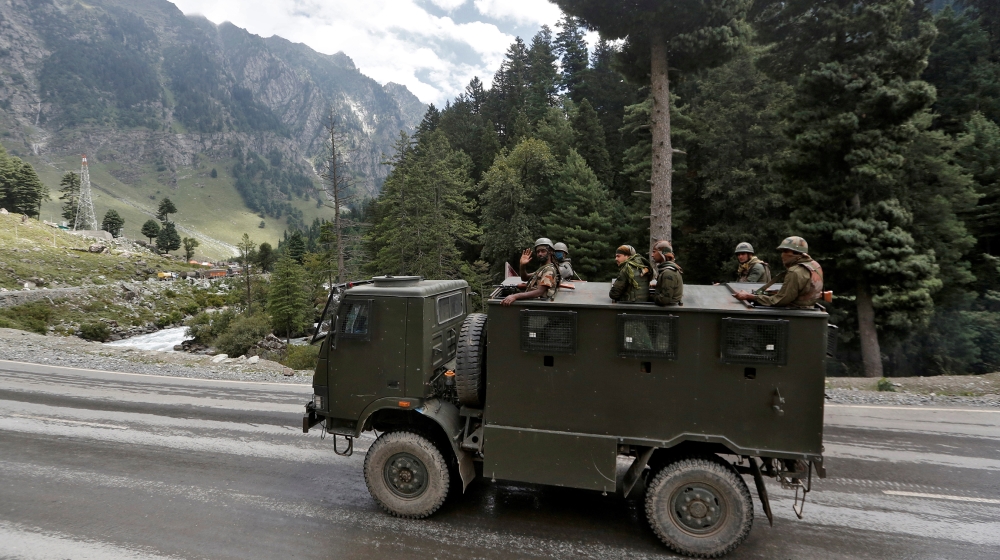 China’s foreign ministry said Indian troops had illegally crossed the LAC and were the first to fire shots. “This is a serious military provocation,” spokesman Zhao Lijian told a daily news conference in Beijing on Tuesday.

Late last month, India said its soldiers thwarted the Chinese military’s moves “to change the status quo” in violation of a consensus reached in past efforts to settle the standoff. In turn, China also accused Indian troops of crossing established lines of control.

The activity last month and on Monday was alleged to have occurred in the Chushul area on the southern bank of Pangong Lake, a glacial lake divided by the de facto frontier and where the India-China face-off began on its northern flank in early May.

Both sides have sent tens of thousands of troops to the disputed Himalayan border, which sits at an altitude of more than 4,000 metres (13,500 feet).

Their troops have had several showdowns since the June 15 clash. China has also acknowledged it has had casualties but not given figures.

Detailed border protocols in place for peaceful disengagement seem to have broken down since the June clash. India’s military has also reportedly changed its rules of engagement, allowing troops to carry guns.

Military commanders and diplomats have held several rounds of talks since July to reduce tension, but have made little progress to calm the border tensions.

Last week, defence ministers from the countries talked in Moscow on the sidelines of an international meeting – with both sides later releasing rival statements accusing each other of inflaming the showdown.

And earlier this week an Indian minister said New Delhi had alerted China to allegations five men had been abducted by the PLA close to the disputed border in the northeastern Indian state of Arunachal Pradesh.