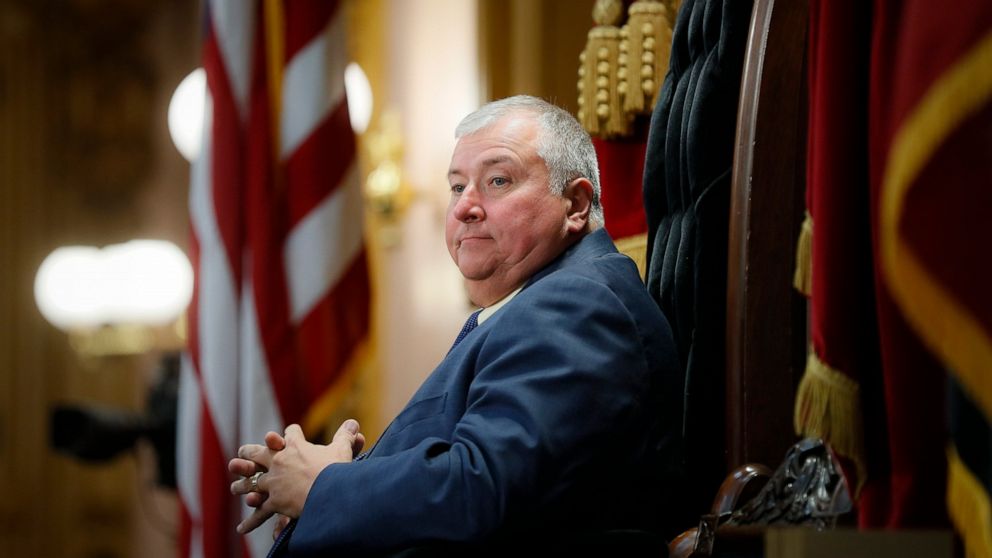 COLUMBUS, Ohio — A court hearing was scheduled Thursday for four members of what one defendant called an “unholy alliance” aimed at bailing out two aging Ohio nuclear power plants.

Former Republican House Speaker Larry Householder and four others are charged with racketeering for their roles in the alleged scheme, under a law federal prosecutors typically use to charge gang members.

The five are accused of shepherding $60 million in energy company money for personal and political use in exchange for passing a legislative bailout of two aging nuclear plants and then derailing an attempt to place a rejection of the bailout on the ballot.

A judge on Thursday allowed Householder to delay his court appearance as he seeks a new attorney, a request prosecutors didn’t oppose. The other four defendants are still expected to appear. Householder was removed from his leadership post in a unanimous vote following his arrest last month.

The government says the energy company money was funneled through Generation Now, a group created to promote “social welfare” under a provision of federal tax law that shields its funding source or spending. The government says part of the scheme involved bribing or otherwise discouraging signature gatherers from doing their job.

An 82-page criminal complaint makes clear the energy company is FirstEnergy and its affiliates. FirstEnergy’s CEO has said he and the company did nothing wrong.

The defendants were set to appear Thursday afternoon before U.S. Magistrate Judge Karen Litkovitz in a hearing held by video conference.

No pleas have been required to date and an attorney for Householder had declined comment.

In a recorded conversation in September 2019, defendant Matt Borges described the relationship between Householder and the energy company as “this unholy alliance,” according to the July 21 complaint that lays out the details of the alleged scheme.

An attorney for Borges, a former Ohio Republican Party chairman, has called the charges against him “wrong and unfortunate.” An attorney for defendant Neil Clark, a longtime Statehouse lobbyist, said he did not “see any culpability” in the case.

Also charged are Jeffrey Longstreth, a longtime Householder political adviser and Juan Cespedes, another lobbyist described as a “key middleman.” A nonprofit called Generation Now is also charged as a corporation. Their lawyers haven’t commented ahead of Thursday’s hearing.

Racketeering is a charge that federal prosecutors have used to go after members of the mafia. In recent years, the U.S. Attorney’s office in Columbus — which brought the charges against Householder and the others — used the law to prosecute members of a violent street gang known as the Short North Posse.

Lawmakers from both parties have pledged to repeal the bailout and to pass legislation requiring disclosure of money contributed to and spent by dark money groups.