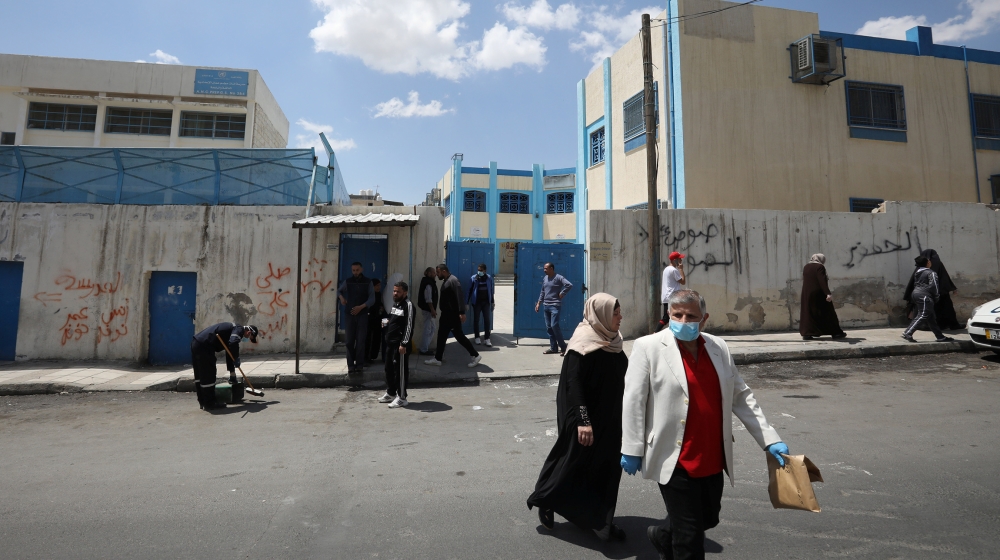 The United Nations says it has confirmed two coronavirus infections in a camp for Syrian refugees in Jordan.

They are the first cases to be detected among Syrians living in Jordan-based refugee camps, the UN refugee agency (UNHCR) in the country said in a statement on Tuesday.

“It is a reminder that everyone has been affected by this epidemic, and solutions must be addressed through international solidarity and cooperation,” it added.

Following the positive test results on Monday evening, the two refugees were transferred from the Azraq camp to the Dead Sea Isolation Site, according to the UNHCR.

It added that isolation procedures were being implemented for all individuals who had been in contact with the two patients.

Testing has already been carried out for all individuals they were ...

The number of new coronavirus infections in the Netherlands jumped 51 percent last week to their highest level since the end of April, Dutch health authorities said on Tuesday.

Newly confirmed infections increased to 5,427 in the week to Tuesday, up from 3,597 in the previous week, while the total number of tests rose 10 percent to little over 180,000.

After all, it was only on March 5 that Ouattara announced he would not stand for re-election, even as he insisted that constitutional amendments introduced in 2016 allowed him to run again. Pledging to “pass on the torch to a new generation”, the 78-year-old a week later told a gathering of the governing RDHP party they “will be in good hands” as he backed Prime Minister Amadou Gon Coulibaly for president.

The announcement of Coulibaly’s candidacy seemed to end months of speculation that Ouattara would try to extend his stay, thus eliminating a great source of friction between the RDHP and the opposition... 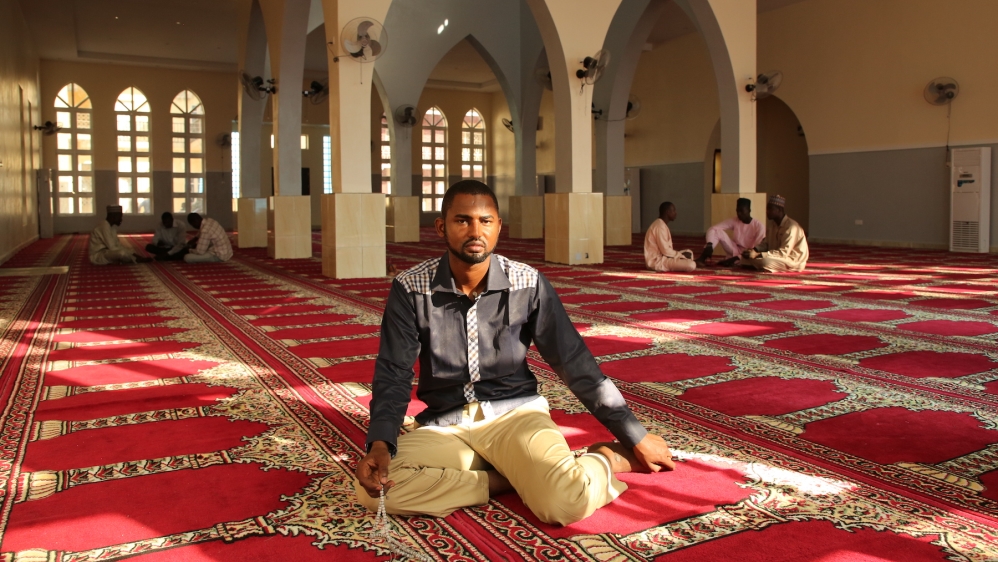 Ahmad gave up what he felt was the “perfect life” in the United Kingdom, where he studied and worked as an architect, to return to Nigeria and help rebuild his home city of Maiduguri.

Maiduguri has been devastated by the armed group Boko Haram, whose name translates to mean “Western education is forbidden”. Drug addiction and unemployment are also rife across the city.

Undeterred, Ahmad is building boarding schools for orphans of the conflict. He is also determined to win over jobless young men by employing them on his construction sites. Together, they set out to build 24 schools and 14 mosques.

India, China accuse each other of firing shots at tense border

China and India have accused each other of firing shots on their flashpoint Himalayan border, in a further escalation of military tension between the nuclear-armed Asian rivals.

The relationship between the two countries has deteriorated since a clash in the Ladakh region on June 15 in which 20 Indian troops were killed.

Experts fear the latest incident will intensify a months-long standoff between the Asian giants that erupted in late April.

New Delhi was swift to give its own account, accusing Chinese border forces of “bl...

Outrage in the Philippines as Duterte pardons ‘killer’ US Marine 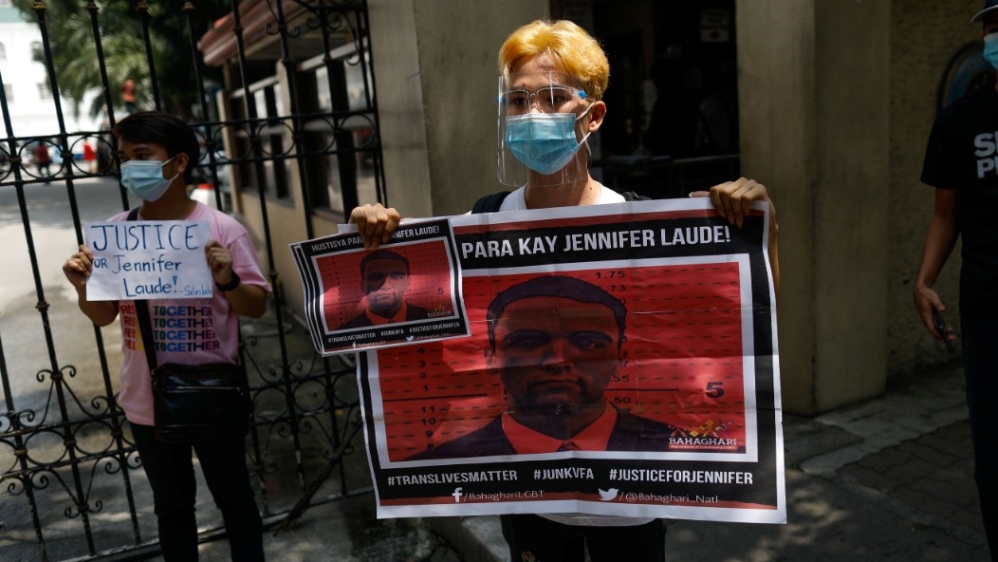 Philippines President Rodrigo Duterte has pardoned a US Marine convicted of killing a transgender woman in the country nearly six years ago, sparking widespread condemnation from opposition leaders and activists who described the move as a “mockery of justice”.

In a televised weekly address to discuss the coronavirus pandemic, Duterte mentioned the full pardon in passing, saying he wanted to “be fair” to Lance Corporal Joseph Scott Pemberton.

Pemberton was jailed in 2015 for killing Jennifer Laude near a former US navy base in Olongapo City. He was convicted in 2016 and placed in a special detention facility inside a military camp. A trial court signed off on his early release for good conduct last week, but was blocked by an appeal from Laude’s lawyers.

“You have not treated Pemberton ...

Chinese President Xi Jinping has defended his country’s handling of the coronavirus saying Beijing acted in an open and transparent manner, and that it had taken concrete efforts that helped save tens of millions of lives around the world during the pandemic.

Speaking at a ceremony honouring those at the forefront of the fight against coronavirus, Xi declared on Tuesday that China was the first large economy to return to growth during the pandemic – a fact he said demonstrates the country’s strong abilities and vitality.

China has been facing intense criticism by several countries, including the United States and Australia, over its response to the disease, which first emerged in Wuhan late last year and has now spread around the world with some 27...

China on Tuesday said its troops were forced to take “countermeasures” after Indian soldiers crossed their tense Himalayan border and opened fire – a charge New Delhi has denied, as the two countries continue with their rhetoric.

The relationship between the two nuclear-armed neighbours has deteriorated since a clash in the Ladakh region on June 15 in which 20 Indian troops were killed.

“The Chinese border defence troops were forced to take corresponding countermeasures to stabilise the terrain situation,” said Zhang Shuili, spokesperson for the West...

04:50 GMT – India reports highest number of deaths in a month

India has reported the most deaths from coronavirus in a month.

Two of Australia’s leading foreign correspondents in China have flown home for their own safety after they were questioned separately by China’s Ministry of State Security, the Australian Broadcasting Corporation (ABC) reported on Tuesday.

The China correspondents for the ABC and the Australian Financial Review (AFR) sought shelter in Australia’s embassy in Beijing and consulate in Shanghai as diplomats negotiated with Chinese officials to allow them to leave the country, the ABC and the AFR reported.

The two journalists – ABC’s Bill Birtles, who was based in Beijing, and AFR’s Michael Smith, who was in Shanghai – had been banned from leaving China until they answered questions about detained Australian citizen and television anchor Cheng Lei, AFR said in a report.